This week we were lucky and received an Orchard Toys game to review: Shopping List. This is one of the games the children already have and really enjoy playing so when I discovered that this is a new improved version and told the kids they were interested to see what changes had been made.

The first thing is that there are different children on the front of the box:

The second thing is that despite still being a game for 2-4 players, there are now only two shopping trolleys and now there are two shopping baskets as well, making for a little bit more fun when the kids are sharing out the pieces at the beginning.

Orchard Toys have also brought the game bang up to date by providing shopping lists that are a little different to the ones in the first game. The offering is now a phone (my children thought it was a tablet due to its larger size) and various coloured lists:

And the little grocery items now include the game ‘Shopping List’ much to Elizabeth’s amusement!

We’ve always liked this game, it’s quite a simple concept of matching items on the list, but the items themselves are cute little pictures. The pieces are nice to the touch, with rounded corners. Elizabeth says “If you win it’s fun but if you don’t win it’s not not fun” ha ha

They like putting the items in the baskets/trolleys and it’s nice that the non-readers can play too because the picture is next to the word on the list.

As you can see by the video on midge-as-it-is.com all ages of children can get something out of playing the game.

We're also proud to be friends
with the following sites 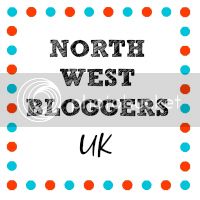